Millions of great pieces have been written, films produced, pictures painted, music orchestrated and interviews made about Racism- one of the most emotionally charged issues in our country. A topic we don’t seem to be able to move beyond. A topic that should matter for all of us, because it’s about the bigger picture of designing our lives with opportunities, possibilities, community, solidarity, shared values, and so much more.

In this week’s notes, Good Life Designed founder Pernille is in the reflective mood.  Inspired by the marking of the 25th anniversary (end of April) of when the LA riots broke out fueled by the verdict acquitting the police officers responsible for the beating of Rodney King, she shares her personal story and how the riots sparked an ongoing question for her:

Why are we still not getting along?

“That 25th anniversary reminded me of the calming voice of Rodney King after days of civil unrest: Can’t we all just get along”. I realize that voice has been speaking to me for all those years and I am still asking myself the same question.

I had a 9 month-old baby at home, newly married, new house and just starting out my career at IKEA. The office was in Carson and my home in Whittier – both communities part of LA. I would consider myself – privileged and happily unaware at the time. That day in late April we were all told right after lunch to go home. Curfew was starting at dusk. We all got on the road at the same time, it felt like all 10 + million on the freeways- It was complete gridlock.  As I was stuck on the 91 Freeway, there were people all around me, setting cars on fire, breaking windshields and no police in sight. The only thing to do- was to do nothing. I have never felt more vulnerable, exposed, scared. 6 hours later I got home. For the days to come – it marked a dark spot in our history and what stayed with me was the voice of Rodney king, a plea for all of us to just try to get along.

All those years I have been intrigued by his simple words and have spent a big part of my life seeking to understand why not. I have my interpretation, my own conclusion – but that is all it is. All I know for sure – we are still far from all getting along.

BOOK ON THE NIGHT STAND 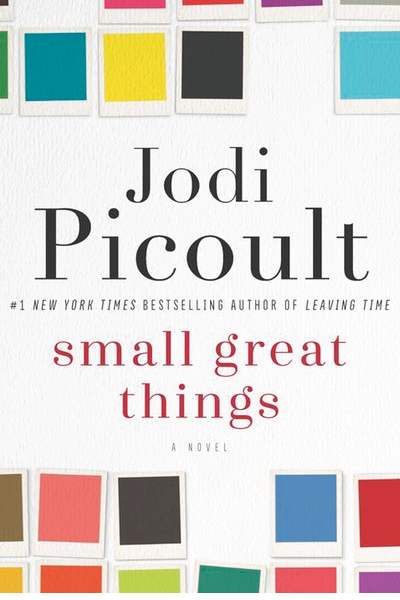 When I want to curl up and read a good book – I have for years been a fan of Jodi Picoult and her fabulous books. They are well written, have a purpose, a story I connect with and a flow that keeps my attention- which says a lot.

Heading out for a long trip a few weeks ago I downloaded without much thought one of her newest books “Small Great Things” – barely skimming the description. After a few chapters I was surprised and had no idea, where this was going. I was quite frankly a little uncomfortable. A tragic incident leading to the arrest of an African American labor and delivery nurse. The story is told by three different people and from their three different perspectives: the African-American female nurse accused of killing an infant, the White Supremacist father of the child and the white, female public defender. It was fascinating to learn their stories, understand their experiences, the lives they have lived. There was hate, fear, injustice and a total lack of understanding of the lives of others. It’s a tough read, but as the story unfolds – I am learning, confronting my own prejudice and I start to understand, the real reasons we can’t ‘just get along’. We don’t seek to understand, we see things through one lens and we lack compassion.

Millions of great pieces have been written, films produced, pictures painted, music created and interviews made about Racism- one of the most emotionally charged issues in our country. A topic we don’t seem to be able to move beyond. What I like about “Small Great Things” is that it gave me a chance to see the world through different lenses, confront my own prejudice and know we all can get along, if we seek to understand.

“If I cannot do great things, I can do small things in a great way”.

That has to be this week’s quote. 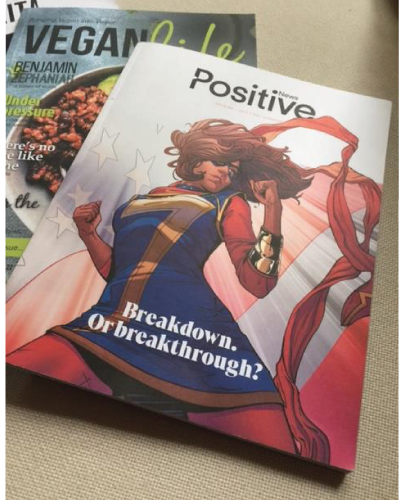 In the cover story of Positive News magazine’s first quarter issue, writer Charles Eisenstein  has a brilliant feature on Breakdown or Breakthrough on the division in our societies post Trump victory and Brexit. He says that “normal is coming unhinged”. Rather than let fear and hate dictate what happens next, he argues, this time of uncertainty and disruption also holds an opportunity to break through to a society of empathy.

“That is why, as we enter at period of intensifying disorder, it is important to introduce at different kind of force to animate the structures that might appear after the old ones crumble. I would call it love if it weren’t for the risk of triggering New Age bullshit detectors and besides, how does one practically bring love into the realm of politics. So lets start with empathy.”

Sorry there is no link, you will have to buy the magazine, which we highly recommend. 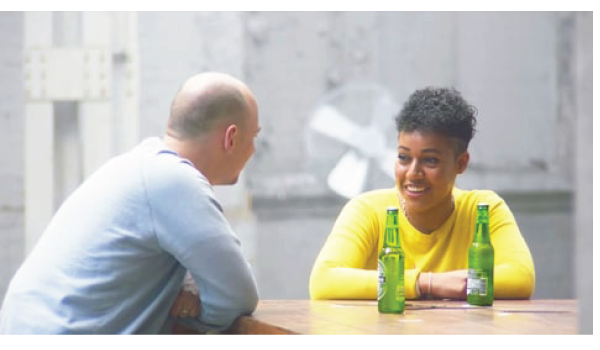 And it seems like more and more are seeking to connect and understand. Take Heineken’s commercial and experiment Worlds Apart #OpenYourWorld showing that more connects than divides us.

Cheers to a more compassionate world.

Hope this inspires you to keep trying to understand and to do small things in a great way.