How to Remodel Your Work Life

“I haven’t tried this before so I am probably very good at it. “

Danish journalist Søren Juul Baunsgaard embodies the quote by the famous fictional character Pippi Longstocking. However, at some point he felt that he had to re-invent himself to continue to be happy in what used to be a dream job. Soren used the tools of the Good Life Designed’s course and Pernille’s mentoring to find a new way… and it turned out to be something he hadn’t considered before.

Following your passion and creating an amazing career doesn’t mean that everything is fixed forever. Sometimes we lose track of the things that are important or feel that something needs to change, despite everything being ‘fine’ in the moment.

That’s where Danish journalist Søren Juul Baunsgaard was when he first met Good Life Designed and started doing the online program followed up with mentoring sessions with Pernille.

“I have always been someone who has done pro and con lists. But this process takes that a lot further. Those lists never really address what you are unsure of, and the things that are interesting to talk about are not there. However, it is in those uncertain and confused periods, where you can really make a difference and move in new directions, “says Søren.

Going through the process made him take a big jump, leaving journalism to become director of Visit Herning, promoting the Danish city Herning. He was 36 years old, very successful, head of lifestyle and entertainment department producing some of the most popular primetime shows for Denmark’s Radio (the oldest TV station in Denmark) and it would have been so easy to stay.

We sat down to hear how and why he decided to make the big change anyway. 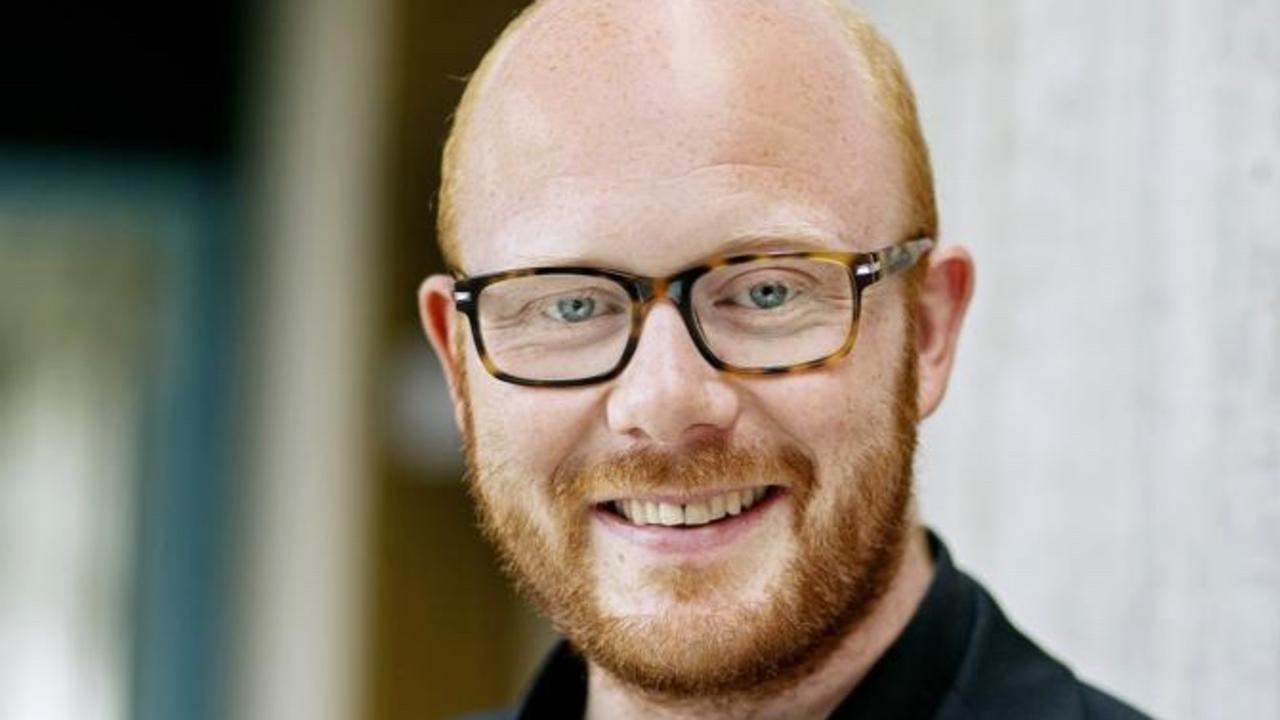 Ever since Søren was 16 years old and volunteering at the local radio station in his hometown, Horsens in Denmark, he wanted to become a journalist. When he was younger he served as children’s mayor and was fascinated with the reporters he met. Especially the TV-journalists who worked in a team and seemed to have the most fun.

With a highly competitive entry exam he didn’t really expect to be accepted at the Journalism School and merely sat the test to see what it was all about.

He was accepted to the school and that was the beginning of a fun and successful career certainly proving to be the right match.

“It is such a diverse profession. You can do so many things, and when I look at my fellow school mates they are doing a variety of jobs. You rarely see a Danish government without a politician with a journalistic background. For me, working in TV has been a lot of fun and being a journalist is a big part of my identity. I have worked with some incredible people and I have constantly been able to challenge myself and try new things.”

The Point of Realization

My main driving force has always been curiosity.  My career has evolved from that. I love the motto of the famous Scandinavian children’s fictional character  Pippi Longstocking who said: “I haven’t tried this before so I am probably very good at it.”

In my work life, I have never planned what to do next or aimed at a specific job or position. I have always had an opportunity presented and said yes. “We need a new anchor man.’ ‘Okay, I will try that.” As Pernille rightly pointed out, there is also an element of courage to say yes when these opportunities have presented themselves.

When I met Pernille, I had just begun to wonder if there was anything for me outside the world of journalism. I wasn’t dissatisfied. It was more of a curiosity. Lots of our friends are not in that world and I was beginning to wonder if I could bring value to another job.

I did feel that I had to re-invent myself in my job to continue to be happy in that job. Even though nothing was wrong, I started discovering that there might be something at stake. The program calls for the exploration of your personal core values. When I began to name them – It was clear that some of my core values that made me choose the job were now challenged + changing.

The Challenge of Leaving

The easiest for me would have been to stay. But I also felt that I was 36 years old it was a good time to try something else. I have a lot of energy for trying new things.

Having been a big part of the whole digital area- becoming successful in pushing for the TV-station to embrace a new platform- it was difficult to decide to leave.  It wasn’t the typical story of  a scared dinosaur leaving a sinking ship. Working for DR is still one of the most secure media jobs in Denmark.

Knowing all of this made it so much harder to decide to leave. In the summer of 2016 I realized I was ready for something new. I was ready to leave, I just didn’t know yet what I was leaving my job for. I knew I needed to figure out if I could create value outside the media world which I had been a part of for 16 years. But I must admit I couldn’t imagine what it could be at that point.

It required some courage and a lot of patience.

Doing the work – Taking the course

Pernille told me to start working with my network outside my media circles. I arranged meetings with people and very quickly I discovered that I had a lot to offer and was also very attractive outside the world of TV.

Working with the online course followed by sessions with Pernille was very central in the process. It is a great curriculum which can bring insight, development and clarification if you are willing to work with it. All these tools have given me a solid foundation.  I like that the method can also result in that you don’t need to change anything.

The Good Life Designed Course offers no answers, just a lot of questions, and

the kind of questions that give you red cheeks, annoy you and challenge you.

When I thought I had done the work, I came back to Pernille and she would say, ‘Yes but this is not values, this is more your DNA, go back and work on the values.’

I think the order of the curriculum is very important.

Personally, I found that the process and period of uncertainty required patience- and a lot of it. I guess my process was quick, so that did make it easier.

At the same time my wife quit her well paid job to start her own graphic design company. NOTHING in our work lives is what it used to be. In that transition period, we talked a lot about all this with each other. It was all very daunting but also, very exciting.

My experience with Keeping a Journal

It’s incredible. I thought that I had very good grip on what it was in my head. And frankly – in the start, I thought it was a little waste of time that I was writing a journal of my thoughts. But after a relatively short time I saw that there were patterns and thoughts that I had paid no special attention to, which took up a lot of space in my mind. The realization of it was extremely valuable – and an important step in putting together a stronger plan.

Journaling is a tool I will use again as I am not doing it right now- when I feel very grounded. It is a tool I know I can pick up whenever I need clarity again. Despite everything being new and unsure – it’s for a good reason, this is the premise and part of the excitement of beginning a new job.

In this exercise, I was put to work. The first list I made was easy. But when I tried it on the people who are closest to me, I discovered that maybe I was not completely in contact with my actual values and the things that create a difference for me. My list was revised several times – and now it is both an embedded part of my life – and a strong checklist when making decisions on my own behalf.

I had to re-track what means the most to me. That really made a big impact to be forced to really feel, think and work with this to gain clarity.

Working on the values have given me a super solid foundation. The values have reminded me that I am fundamentally driven by my curiosity and that it’s okay.

Previously, I probably felt that it was a bit too random. This work has reassured me that it’s good enough to be driven by a gut feeling and curiosity. When I follow that, I can do a lot.

Getting in touch with my values made me more aware of what I need to have and not have in order to thrive. It was a fantastic journey to gain that clarity.

It also made it easy to turn down offers that I got that were not a right match. I was super humble and proud.

When this new job came to my knowledge it took no time to know it was right because of the clarity I had created.

I received another offer that seemed to me to be totally out of my reach. It was the position of CEO and I’m sure if I had got this offer before I started the value process, I probably would have said yes.  I am now sure that would have been a wrong match.

Half a year before, I wouldn’t have been that clear with myself. That’s why the order of the lessons in the online course is very important.

I am very much onboard with the idea that it’s good to bring someone in to discuss things with. It has been so helpful to have someone ask me the right kinds of questions. I have always been using coaching and been aware of the value. You just need to find the right person who can bring value and challenge you.

How I Define Success

I measure success by my gut feeling. If I am a good husband to my wife and good dad to my kids- that’s success. If I have a job which makes me excited when I wake up in the morning, and if I can be part of making a difference and impact, I am in a good place. These factors are success to me.

My mission statement is similar:

“I want to wake up every morning, with a great appetite for life and the tasks waiting for me, so that I can make a positive difference in the lives of many people. Both professionally and personally.”

Must be the book Design Your Life’s tagline: ‘Make it your most important job to design your right life.’

It often frustrates me to see so many people who live their lives on autopilot- Complaining but never doing anything about it.

I know some people have some very different possibilities, but a lot of us can do something about our lives., and one thing is for sure, it not going to happen without YOU.

This error message is only visible to WordPress admins

Please go to the Instagram Feed settings page to create a feed.